What Are the Toyota Corolla Color Options? 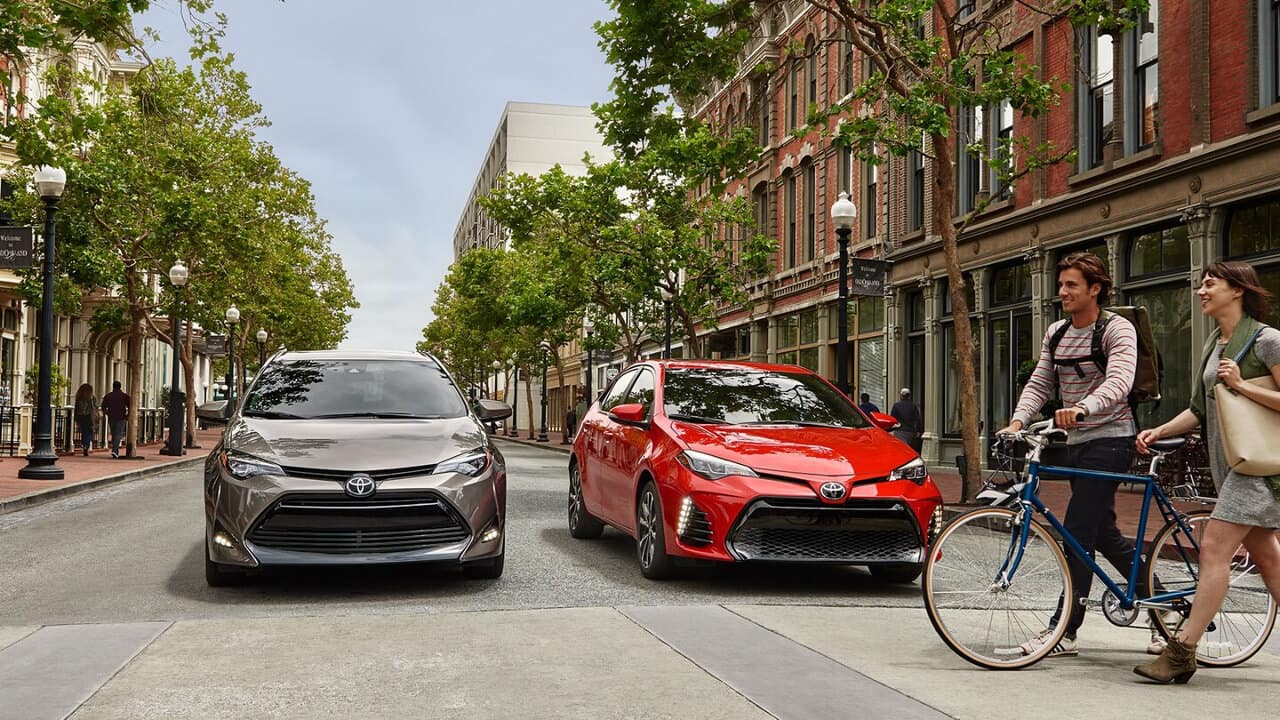 The Toyota Corolla may be an economy car, but it doesn’t skimp on style. The new Corolla Sedan and Hatchback are available in a wide range of vibrant exterior colors to help you stand out on Las Vegas roads. Explore the Toyota Corolla color options below, as well as available exterior features and packages so you can roll up to your favorite Henderson pizza joint in style.

The 2019 Toyota Corolla Sedan is offered in six trims: L, LE, LE Eco, XLE, SE, and XSE. You can choose from up to nine exterior colors. For the range-topping XSE, the Toyota Corolla color options include:

The all-new 2019 Toyota Corolla Hatchback is offered in two trims: SE and XSE. Both are available to Boulder City shoppers in seven exterior colors:

The 2019 Toyota Corolla comes with a variety of features to both make Pahrump drivers’ lives easier and enhance style. Standard highlights include bi-LED headlights, a piano-black grille, color-keyed door handles and power outside mirrors, 15-inch steel wheels, and an in-glass AM/FM antenna. For more features, you can add packages to your new Corolla Sedan or Hatchback, including:

Customize Your Toyota Corolla at Findlay Toyota in Henderson!

Explore the full 2019 Toyota Corolla lineup at Findlay Toyota near Mesquite and Moapa! Whether you’re ready to lease or buy, we’ll help you find a Toyota Corolla that fits your budget. Before you schedule a test drive, use our payment calculator to estimate the most accurate monthly payments possible ahead of time.

More on the Toyota Corolla

0 comment(s) so far on What Are the Toyota Corolla Color Options?