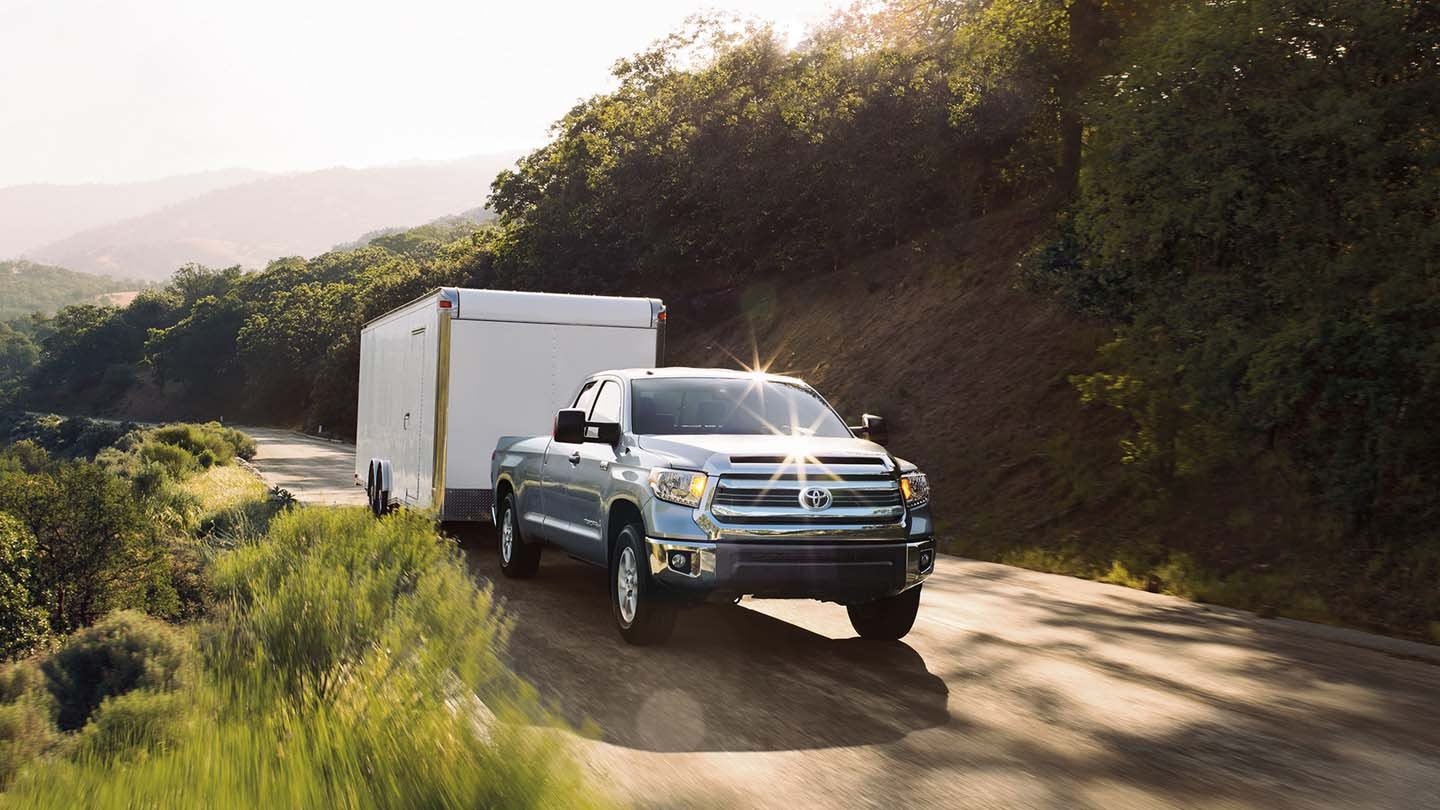 What is the towing capacity of a Toyota Tundra? It depends on the trim and equipment. The 2019 Toyota Tundra towing capacity is 6,400 to 10,200 pounds. Just as impressively, the Tundra payload capacity ranges between 1,440 and 1,730 pounds. Additionally, it’s available with a variety of features like a tow package and special side mirrors to help you tow safely and efficiently. Read on to learn more about the new Tundra’s capabilities to help you see all of the attractions at Sloan Nation Conservation Area!

Now that you’ve answered the question, “how much can a Tundra tow?” we’re sure you’ll want to know how this pickup puts up such impressive numbers. Naturally, the Toyota Tundra offers the features you need to tow confidently through Las Vegas and Boulder City. Outboard-mounted shocks and a powerful TripleTech™ frame with an integrated trailer hitch receiver give the Tundra the muscle it needs. Twelve high-strength bolts driven into the frame secure the trailer hitch for added support and peace of mind.

You can also keep a close eye on performance as you tow, thanks to a combination meter with a voltmeter coolant temperature, fuel, and engine oil pressure gauges. Other features include the following:

What about the engines that make it all possible? The Toyota Tundra is available to Pahrump shoppers with two engine options. Here’s a closer look at their specs:

Explore the Tundra Pickup Trucks at Findlay Toyota in Henderson!

Want to learn more about your Toyota truck towing capacity? Compare the Toyota Tundra towing capacity to that of the Toyota Tacoma to get a better idea of what you’ll be able to accomplish. Once you’ve seen enough, schedule a test drive at Findlay Toyota near Mesquite and Moapa! Whether you’re shopping for a Tundra TRD Pro, a Tundra 4WD, or even a tow-ready Toyota 4Runner, we can help you get the Toyota towing capacity you’ll need to get more out of every drive.

0 comment(s) so far on What’s the 2019 Toyota Tundra Towing Capacity?