Many SUVs have been trimmed down or put onto unibody design platforms over the years, but the 2017 Toyota 4Runner remains a stalwart, body-on-frame SUV with rugged 4×4 performance specs and plenty of off-road prowess. There’s also plenty of room for passengers and cargo, including an available third row setup, as well as new upgrades like increased towing capacity on a number of models and a new base infotainment system with smartphone navigation integration capabilities. Las Vegas area drivers can find out more and take a test drive today at Findlay Toyota. 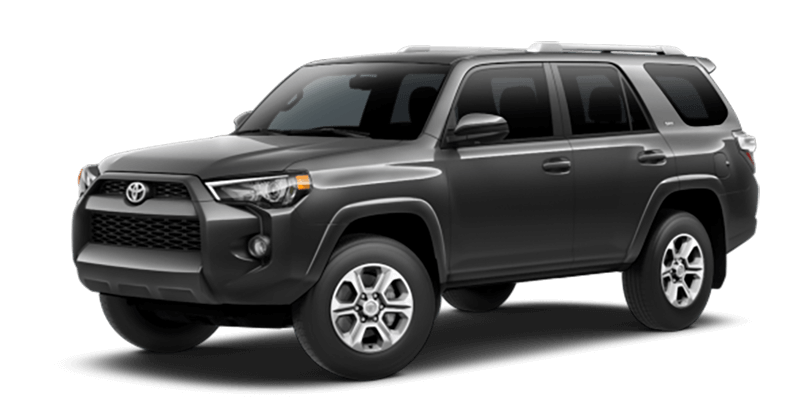 The 2017 Toyota 4Runner gives you serious performance capabilities and versatility without an enormous price tag: 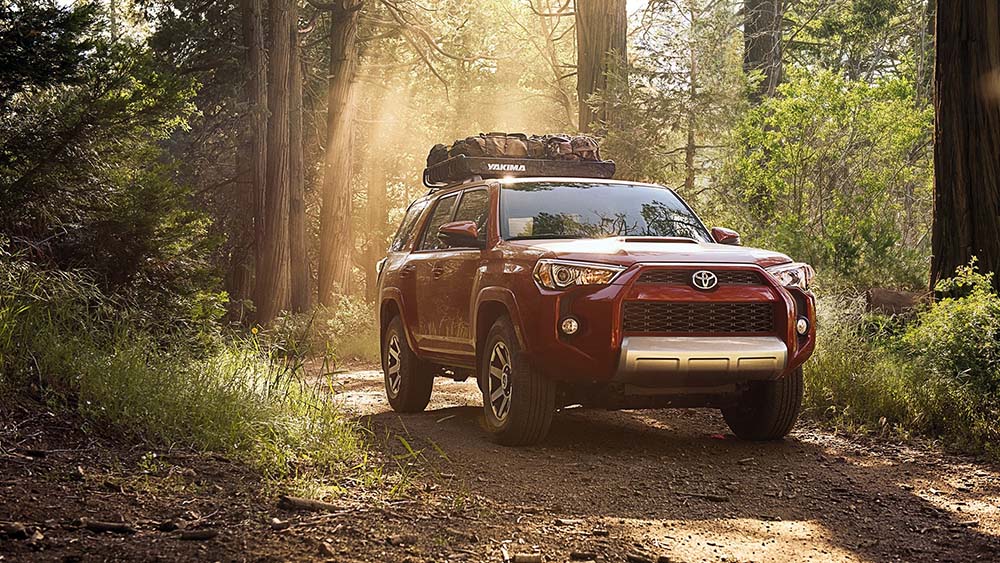 Even the base model of the 4Runner comes with rugged hardware like skid plates and mud guards, while all four-wheel drive models also get hill-start assist and hill-descent control. If you upgrade to the Trail or TRD Pro trims, you’ll also get a variety of other off-road performance upgrades, which are detailed below. Whether you’re going on an off-road adventure or heading to Boulder City for a round of golf, the 4Runner has you covered. 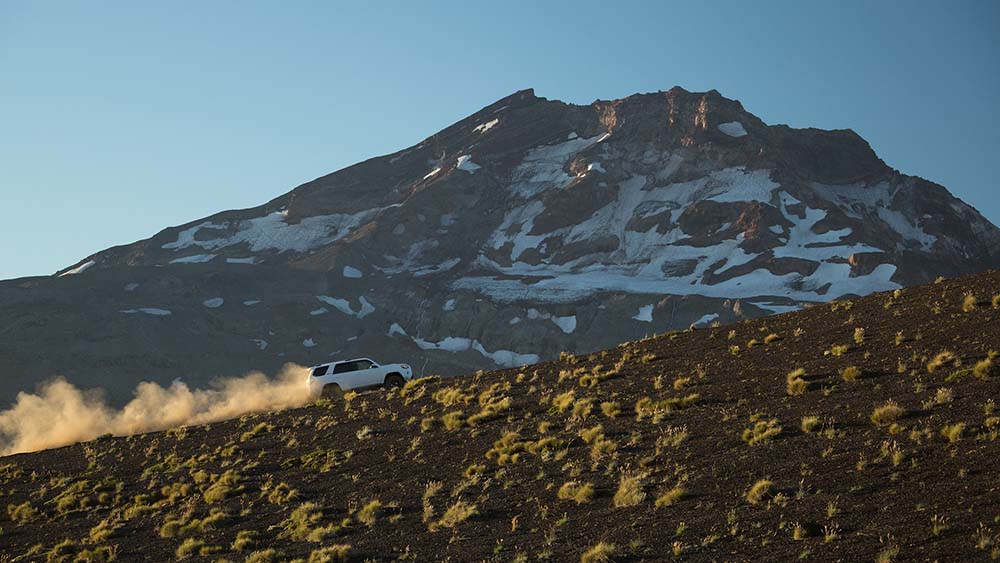 Each trim level on the 2017 4Runner promises plenty of creature comforts to go along with its commanding V6 and off-road performance: 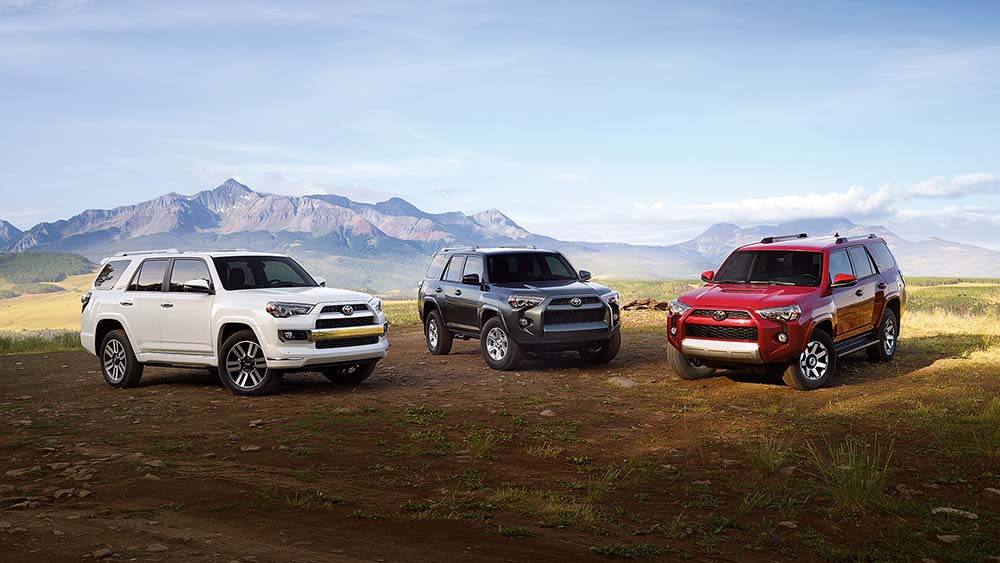 The 2017 Toyota 4Runner provides accommodations for five adults to sit comfortably, but if you’re looking for more room to haul a big family or lots of friends, you can go with three rows of seats to increase the seating capacity to seven on SR5 and Limited models. There’s a significant amount of room to work with behind the rear seat, particularly in the two-row setup, and you’ll also be able to fold the second- and third-row seats down with ease. Either way you go, you’ll have a max cargo volume of 89.7 cubic feet to access whenever you need it. 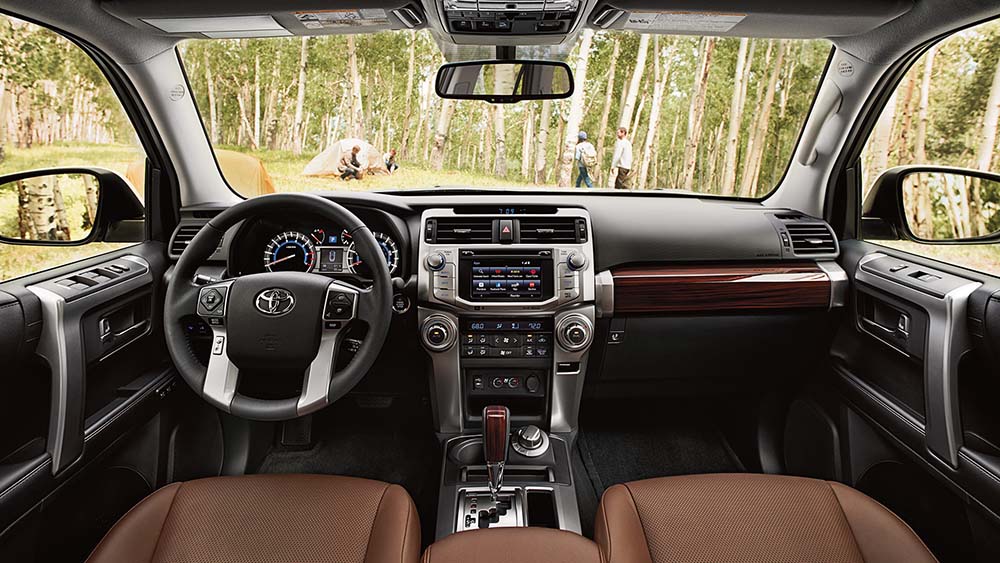 There’s no questioning the 2017 Toyota 4Runner’s unique appeal, and the critics agree: 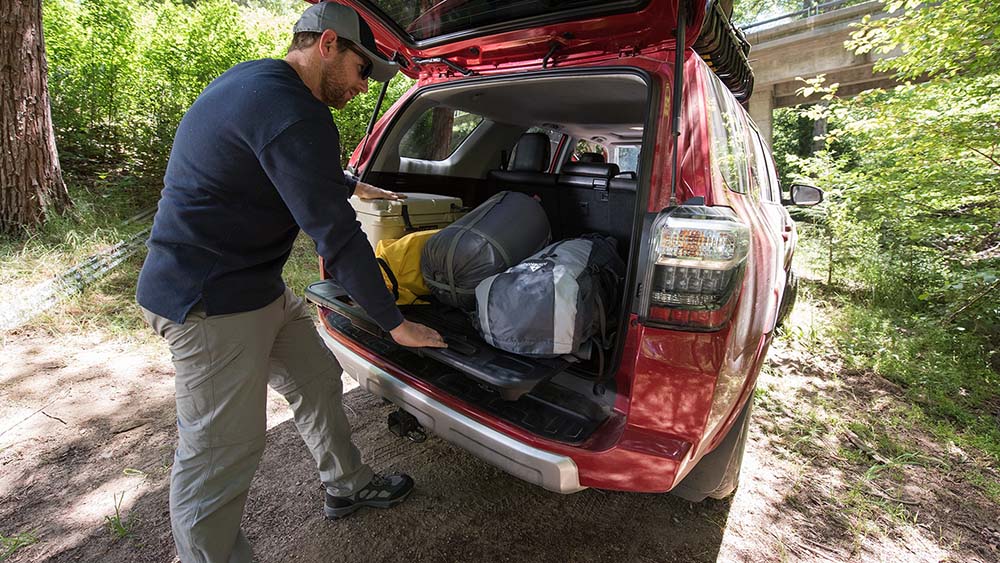 Go on an Adventure in the 2017 Toyota 4Runner

It’s no wonder why the Toyota 4Runner has made such an impression on so many drivers over the years. This rugged, truck-based SUV has what’s needed to take you on an unforgettable escapade while also meeting all of your family’s driving demands—all for less than you’d expect. Make the trip to Findlay Toyota, located at 7733 Eastgate Rd. in Henderson, NV, just a short drive from Pahrump. If you have any questions, contact us online or by phone at (702) 566-2573.

*Manufacturer’s Suggested Retail Price, excludes the Delivery, Processing and Handling Fee of $835 for Cars, $900 for Small/Light Trucks (Sienna, RAV4, Highlander Gas, Highlander HV, 4Runner, Tacoma and Venza), $1195 for Large Trucks (Tundra), and $995 for Large SUVs (Sequoia and Land Cruiser). (Historically, vehicle manufacturers and distributors have charged a separate fee for processing, handling and delivering vehicles to dealerships. Toyota’s charge for these services is called the “Delivery, Processing and Handling Fee” and is based on the value of the processing, handling and delivery services Toyota provides as well as Toyota’s overall pricing structure. Toyota may make a profit on the Delivery, Processing and Handling Fee.) Excludes taxes, license, title and available or regionally required equipment. Price plus tax, license, dealer installed accessories, document preparation charge of $495, and finance charges and smog fees (used vehicles only), where applicable.
Search
Find Your Vehicle