The all-new 2017 Toyota Prius is back for this model year with all of the features Prius drivers have come to know and love. The newest version of the Prius offers a comfortable, capable, and convenient ride. It’s a model that must be considered for any driver in the Las Vegas area looking for a reliable, versatile vehicle with excellent fuel economy. Explore the 2017 Prius below, and make plans to check it out at Findlay Toyota in Henderson.

The 2017 Toyota Prius costs less than you might expect, and thanks to its stellar fuel-efficiency ratings, total cost of ownership is lower than many conventional gas cars. 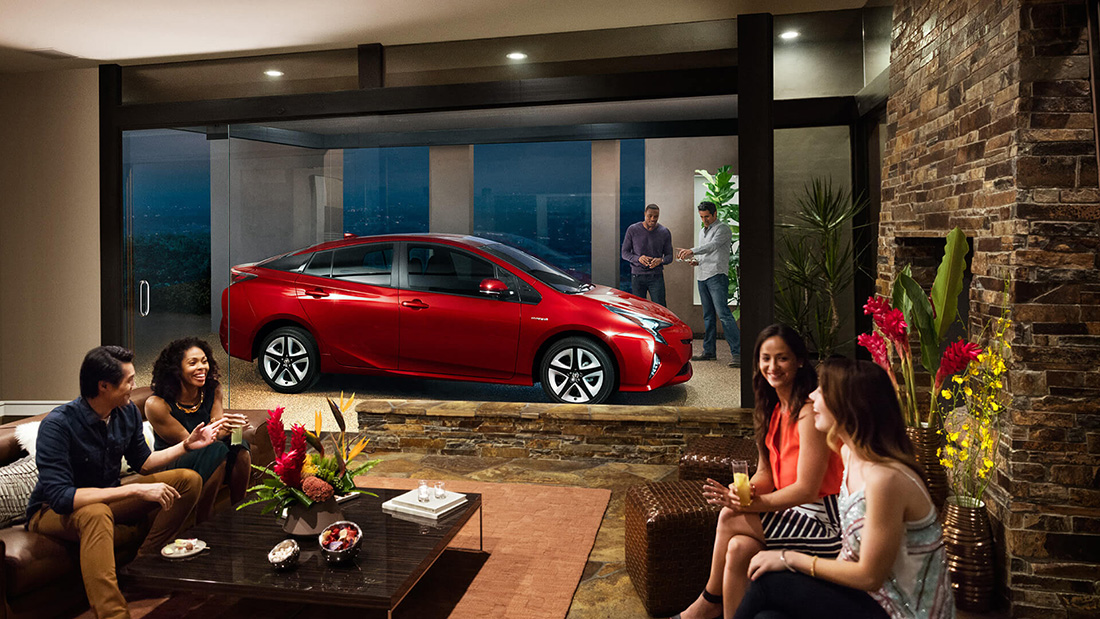 The 2017 Toyota Prius runs on a hybrid gas/electric powertrain that uses battery packs and a pair of electric motors/generators to supplement the performance of the gas engine. After years of development and refinement, the hybrid drive system in this Prius is one of the most subtle and sophisticated on the road. All trims run on a 1.8L four-cylinder engine that produces 95 hp.
The hybrid system is paired with a unique electronically controlled, continuously variable transmission that harvests the most power out of the gas/electric sources. That power is sent to the front wheels. There are also selectable driving modes that allow drivers to prioritize either driving dynamics or efficiency. The standard Prius gets 54 mpg city and 50 mpg highway. The Prius Eco elevates that rating to 58 mpg city and 53 mpg highway thanks to weight reductions and low rolling-resistance tires. Whether you’re making your way to Hoover Dam from Boulder City, or taking a scenic drive through Pahrump, you’ll be sure to save on fuel.
Learn More 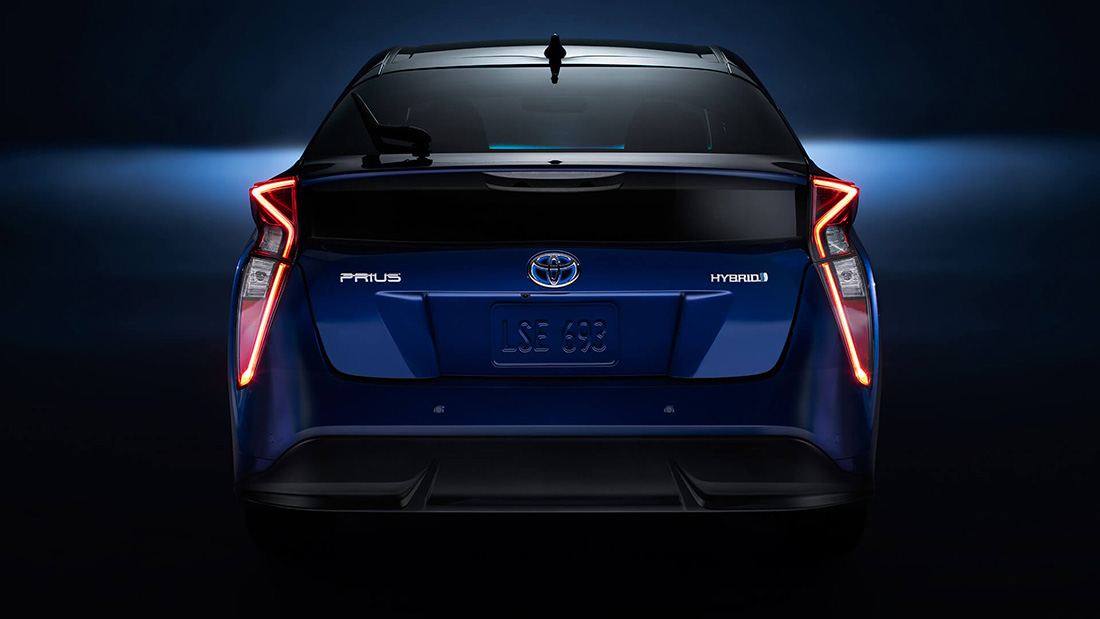 Toyota engineers have perfected the Prius over the years by adding smart features and advanced technology. 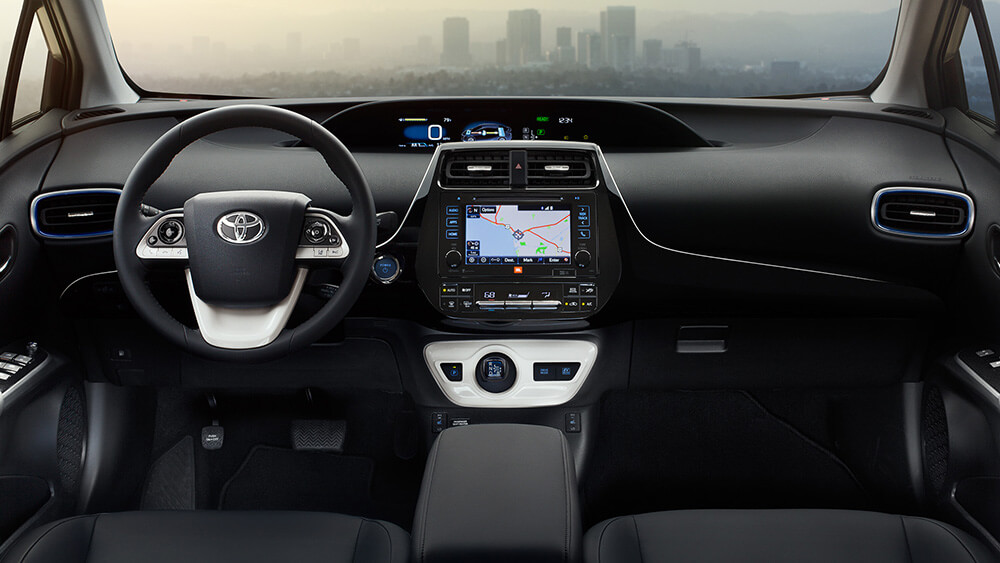 The Prius has long been recognized as a dependable car, and this model will be no exception thanks to its safety technology: 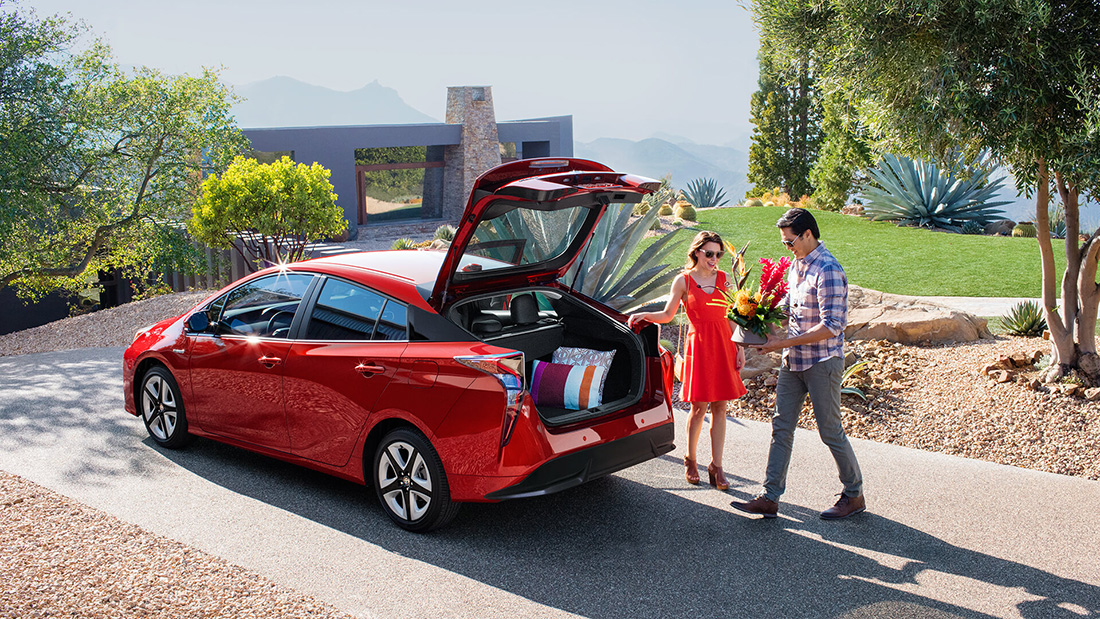 The critics agree that the 2017 Toyota Prius is a great addition to the revered line of vehicles: 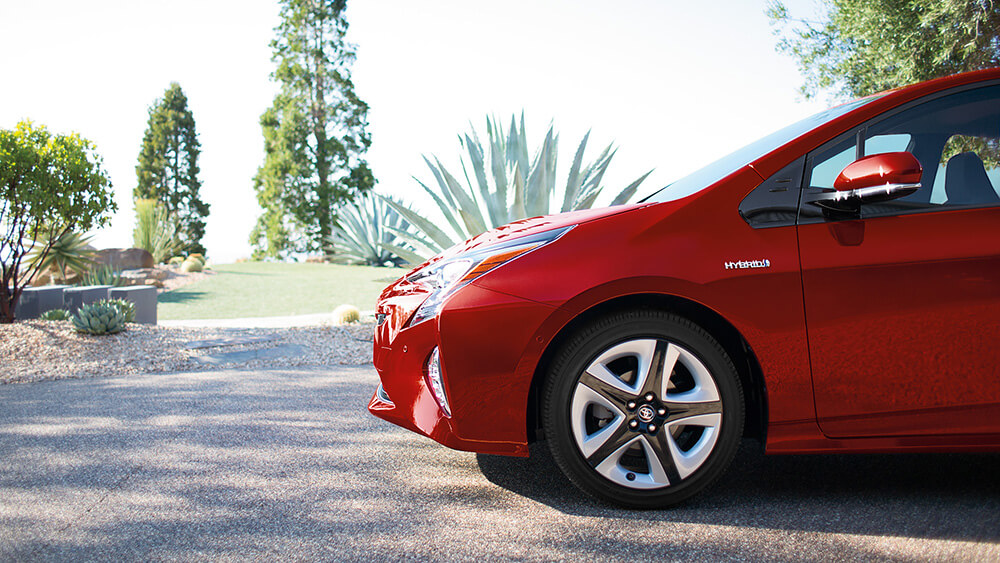 Refine Your Ride in the 2017 Toyota Prius

Now is a great time to start reaping the rewards of a hybrid like the 2017 Toyota Prius. Experience it in person at Findlay Toyota, located at 7733 Eastgate Rd. in Henderson, NV. To reach us from Las Vegas, Boulder City, or Pahrump, simply take I-515 south to Exit 62, and look for us on the east side of the highway. If you have questions, please contact us. Be sure to also consider a used Toyota Prius available at Findlay Toyota!

*Manufacturer’s Suggested Retail Price, excludes the Delivery, Processing and Handling Fee of $835 for Cars, $900 for Small/Light Trucks (Sienna, RAV4, Highlander Gas, Highlander HV, 4Runner, Tacoma and Venza), $1195 for Large Trucks (Tundra), and $995 for Large SUVs (Sequoia and Land Cruiser). (Historically, vehicle manufacturers and distributors have charged a separate fee for processing, handling and delivering vehicles to dealerships. Toyota’s charge for these services is called the “Delivery, Processing and Handling Fee” and is based on the value of the processing, handling and delivery services Toyota provides as well as Toyota’s overall pricing structure. Toyota may make a profit on the Delivery, Processing and Handling Fee.) Excludes taxes, license, title and available or regionally required equipment. Actual dealer price will vary. Actual dealer document fee may vary.
Search
Find Your Vehicle ×