For drivers who want a full-size, truck-based SUV, there aren’t nearly as many options as there used to be. However, the 2017 Toyota Sequoia is living proof that you can still get robust V8 power, body-on-frame design, and a cavernous, well-equipped interior with seating for eight. Now available for Las Vegas area drivers at Findlay Toyota in Henderson, the newest Sequoia builds on a strong package with the addition of an upgraded media center and an available blind spot monitoring system. Find out more with this extensive review. 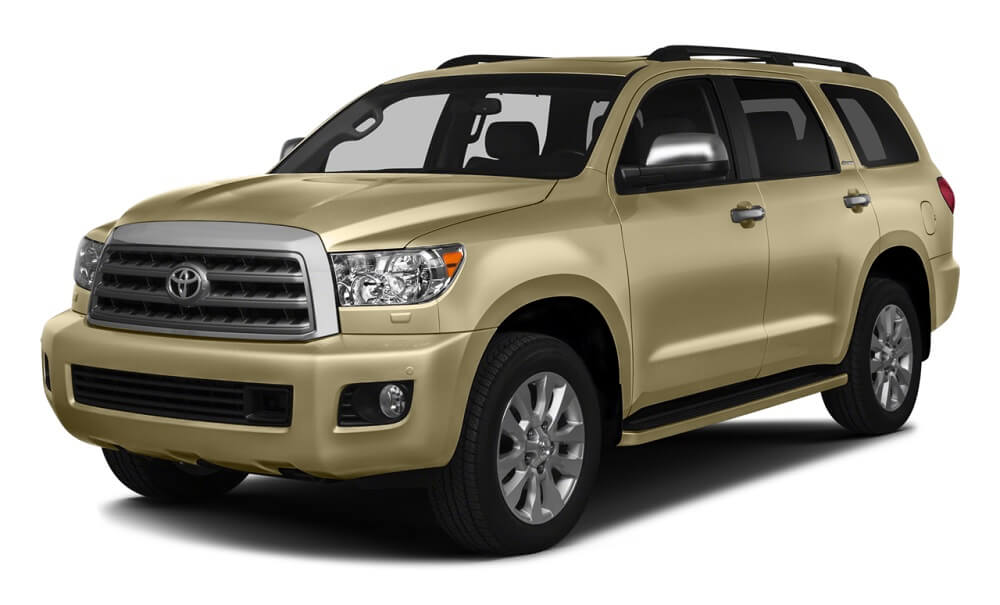 The 2017 Toyota Sequoia is available in three different trim levels to satisfy a wide range of budgets: 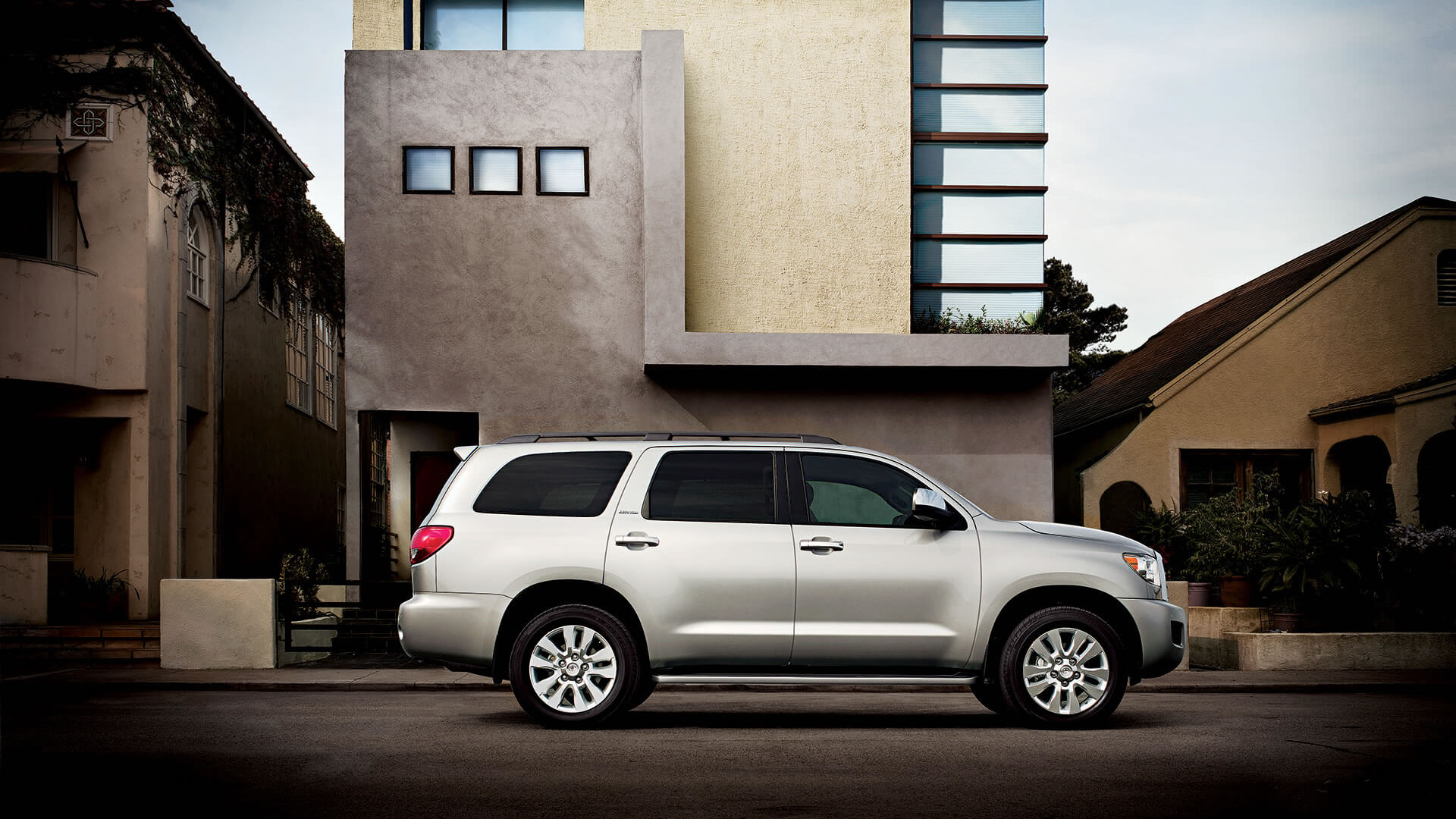 Pop the hood of the 2017 Sequoia, and you’ll find a hefty 5.7L V8 engine mated to a six-speed automatic transmission. This system combines to put out a robust 381 hp and 401 lb-ft of torque. Take your pick between rear-wheel drive (4×2) and four-wheel drive (4×4) with a low range gearing and a locking limited slip center differential. This is a truck-based SUV, and a properly equipped version of the Sequoia is capable of towing up to 7,400 pounds. Fuel economy comes in at an EPA-estimated 17 mpg highway and 13 mpg city whether you go with rear-wheel or four-wheel drive. 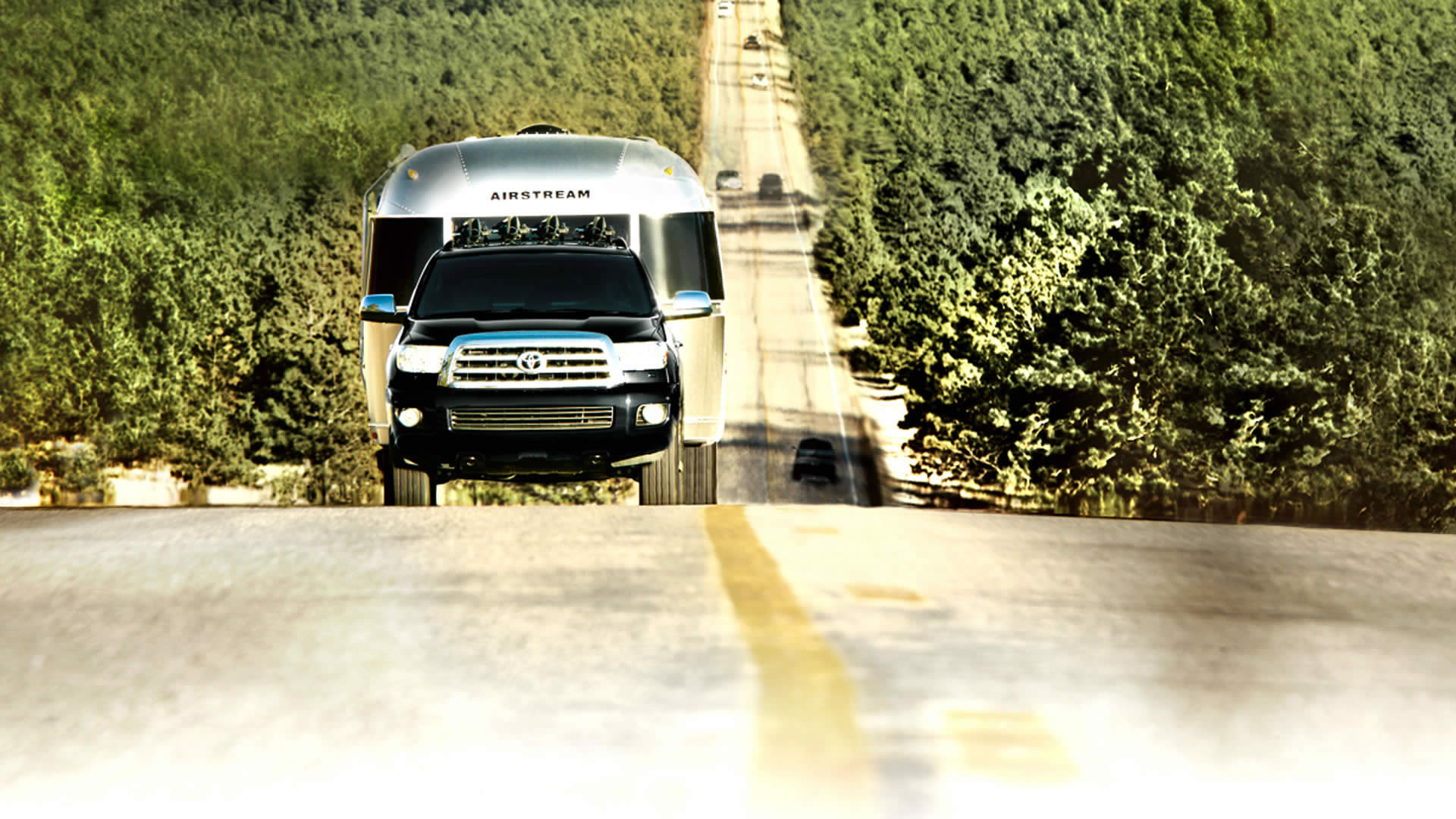 Whether you’re heading to the Water Street District or taking a trip with the family to Hoover Dam, every trim of the Sequoia is perfectly suited for the task: 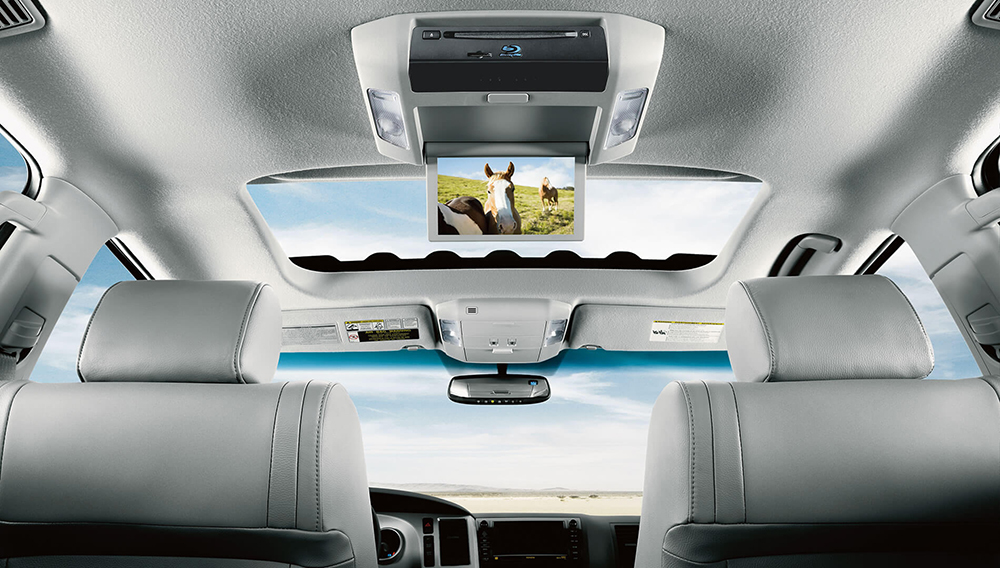 This full-size, three-row SUV comes with a standard seating capacity of eight, but the Sequoia can be had with the second-row captain’s chairs, decreasing seating capacity to seven. You’ll have 18.9 cubic feet of dedicated cargo space behind the third row, but when you need it the Sequoia opens up the second and third rows to reveal a maximum cargo volume of 120.1 cubic feet. 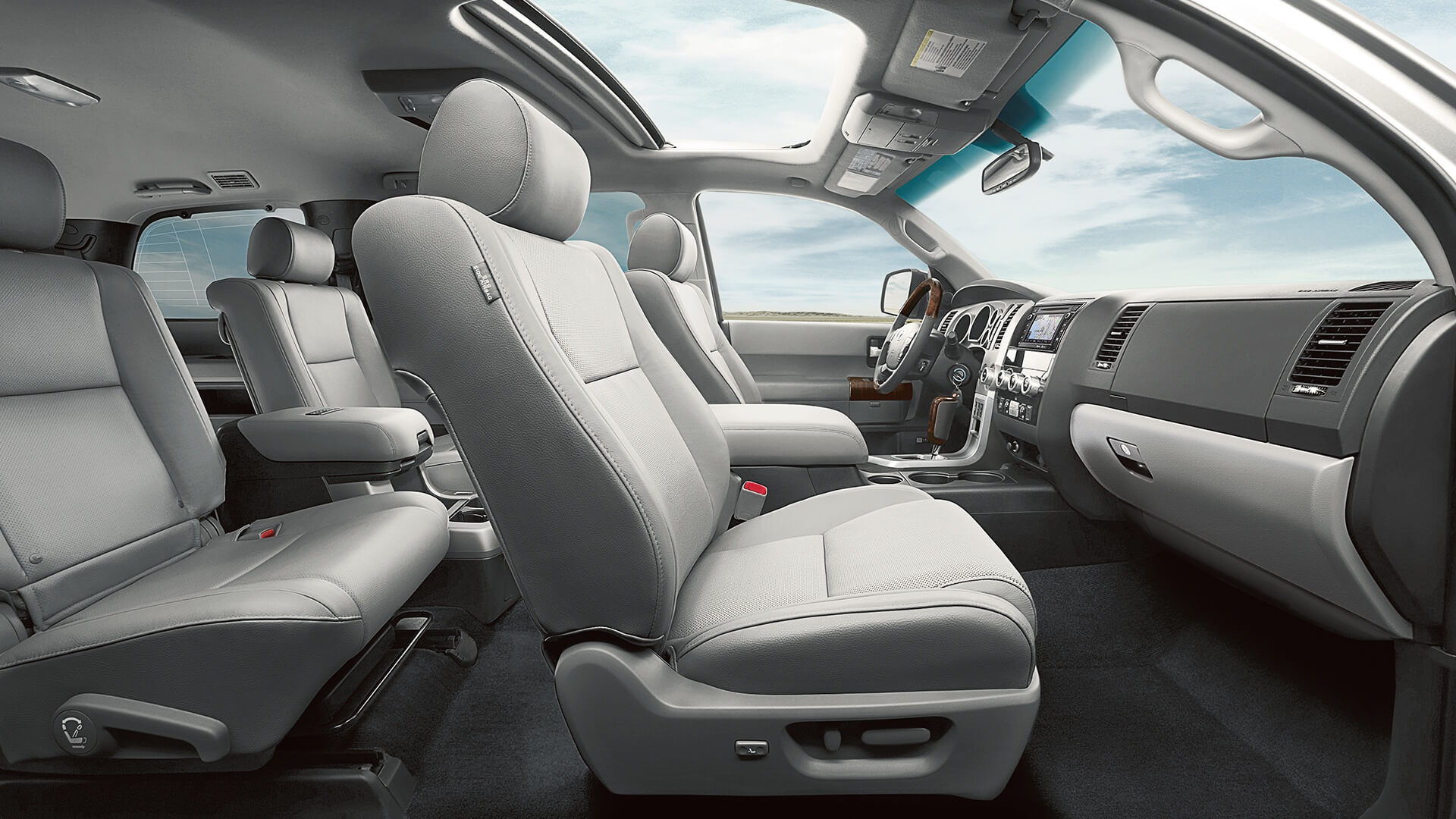 There are a lot of strong reviews of the Toyota Sequoia to go around thanks to its “no compromises” approach to SUV design and performance: 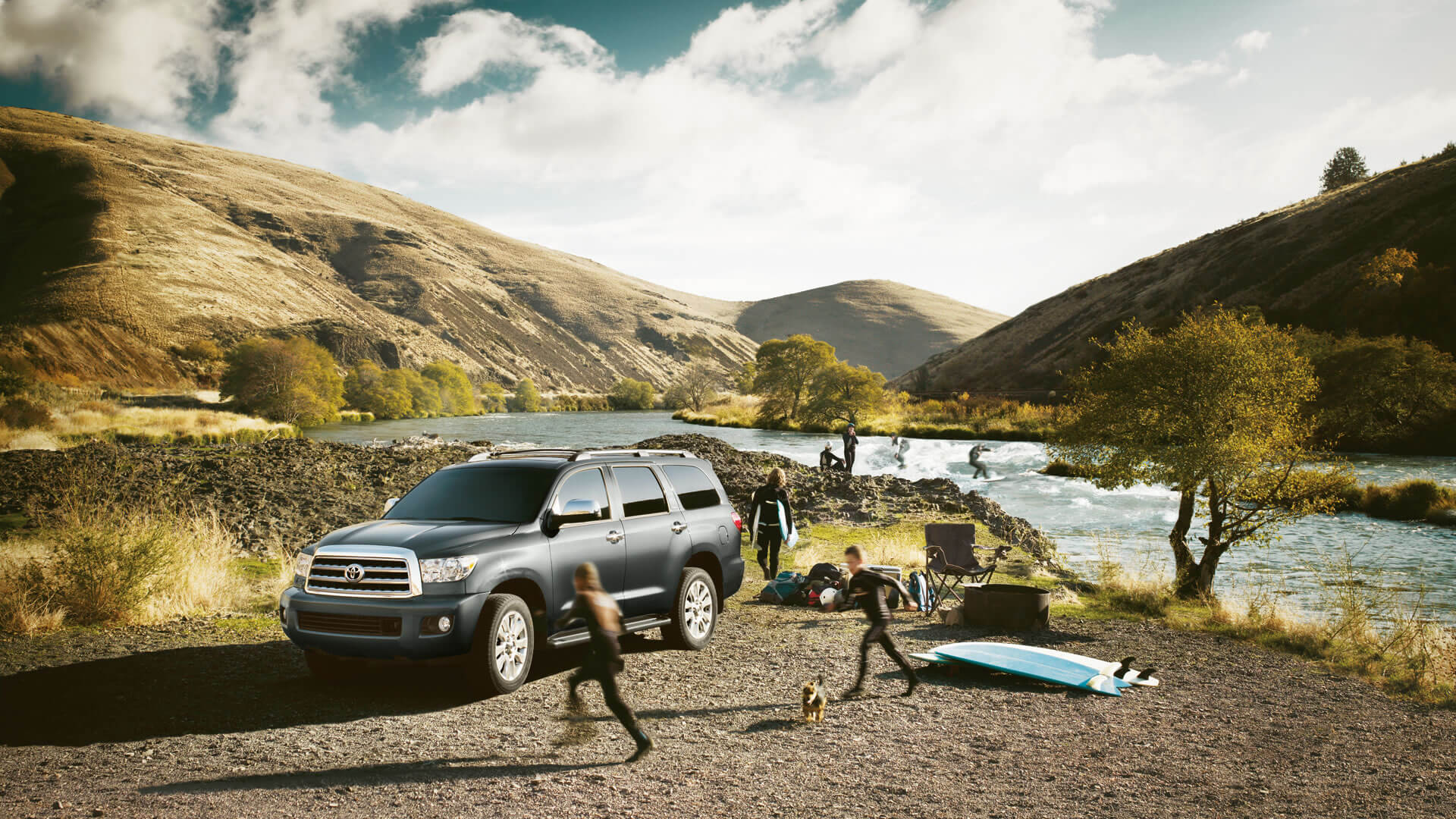 When you’re ready to check out a full-size SUV that is sure to exceed your expectations in terms of performance, size, and features, come check out the 2017 Toyota Sequoia. It’s available now at Findlay Toyota, located at 7733 Eastgate Rd in Henderson, NV—just a short drive from Pahrump and Boulder City. We have a range of different models to choose from and competitive financing available. Contact our staff today, and we’ll be glad to set up a test drive for you!

*Manufacturer’s Suggested Retail Price, excludes the Delivery, Processing and Handling Fee of $835 for Cars, $900 for Small/Light Trucks (Sienna, RAV4, Highlander Gas, Highlander HV, 4Runner, Tacoma and Venza), $1195 for Large Trucks (Tundra), and $995 for Large SUVs (Sequoia and Land Cruiser). (Historically, vehicle manufacturers and distributors have charged a separate fee for processing, handling and delivering vehicles to dealerships. Toyota’s charge for these services is called the “Delivery, Processing and Handling Fee” and is based on the value of the processing, handling and delivery services Toyota provides as well as Toyota’s overall pricing structure. Toyota may make a profit on the Delivery, Processing and Handling Fee.) Excludes taxes, license, title and available or regionally required equipment. Actual dealer price will vary. Actual dealer document fee may vary. Price plus tax, license, dealer installed accessories, document preparation charge of $495, and finance charges and smog fees (used vehicles only), where applicable
Search
Find Your Vehicle ×