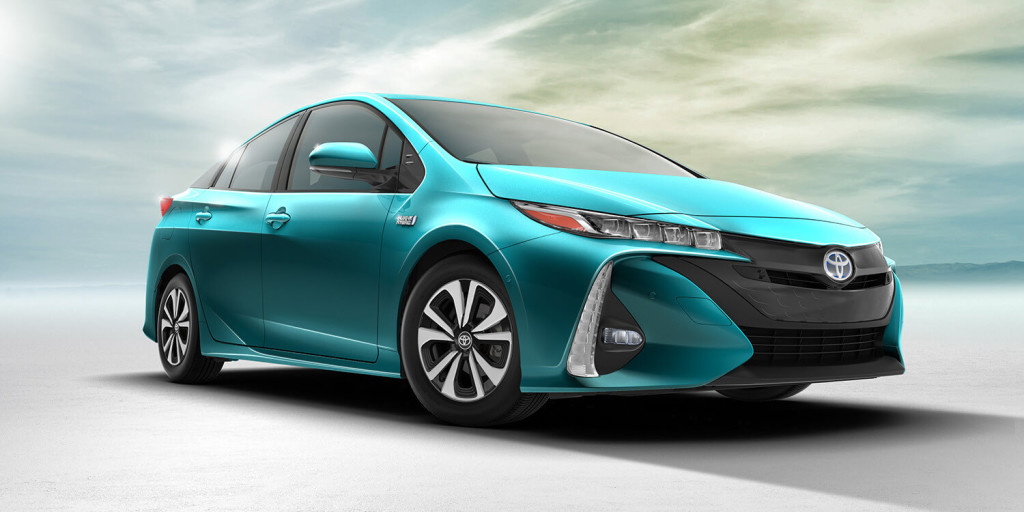 With a starting price of only $24,685*, the 2017 Toyota Prius is available in six different trim levels. Standard features include Toyota Safety Sense P (TSS-P) and an Entune touchscreen interface, while moving up the trim ladder gets you things like a wireless smartphone charging station, SofTex leatherette upholstery, and a premium JBL sound system. Get a look at each of the trim levels on offer near Las Vegas and Boulder City ad Findlay Toyota in Henderson, NV. 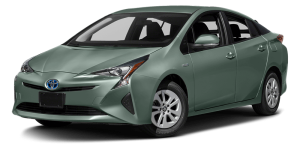 The base trim on the Toyota Prius starts at an affordable price of $24,685*. Like all Prius models, it’s powered by a hybrid powertrain with a total output of 121 hp, and like most models it gets an EPA-estimated 54 mpg city and 50 mpg highway. It sits on 15-inch wheels and comes with a standard Entune infotainment system, Siri Eyes Free voice recognition technology, Bluetooth, and standard Toyota Safety Sense P (TSS-P) driver assist features.

Starting at $25,165*, the Prius Two Eco adds a number of fuel saving measures to help it get an EPA-estimated 58 mpg city and 53 mpg highway. These include a lighter battery pack, low rolling resistance tires, and an inflater kit en lieu of a spare tire. You’ll also get a stylish wheel upgraded and illuminated keyless entry. 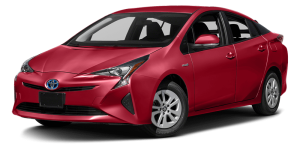 Step up to the Prius Three for $26,735*. This model adds the premium infotainment if Entune Premium Audio with Integrated Navigation and App Suite, as well as a Qi-compatible wireless smartphone charging station. Stay comfortable with this models smart-flow climate control system.

The Prius Three Touring trim starts at $28,115* and comes with a number of style upgrades, including fog lights with LED accents and 17-inch alloy wheels on the outside and SofTex leatherette upholstery inside the cabin.

The second highest trim in the lineup starts at $29,135*. It comes with additional driver assist safety features, including a Blind Spot Monitor (BSM) and Rear Cross-Traffic Alert (RCTA). This model also comes with a head-up display that lets you keep your eyes on the road while reading important information, as well as heated front seats. 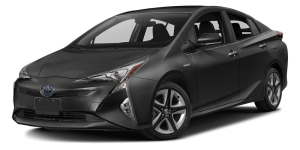 The top trim level in the lineup comes in from $30,015*. It tacks on rain-sensing variable intermittent wipers, as well as the option to add the Entune Premium JBL Audio system and an Intelligent Clearance Sonar (ICS) system with Intelligetn Parking Assist (IPA).

If you’re ready to get your hands on the new Toyota Prius, come to Findlay Toyota. We have this model in a variety of trim levels, and our dealership is located within a quick drive of Pahrump at 7733 Eastgate Rd in Henderson, NV. Contact us to set up a test drive, Monday through Saturday from 8:00 a.m. – 10:00 p.m.

*Manufacturer’s Suggested Retail Price, excludes the Delivery, Processing and Handling Fee of $835 for Cars, $900 for Small/Light Trucks (Sienna, RAV4, Highlander Gas, Highlander HV, 4Runner, Tacoma and Venza), $1195 for Large Trucks (Tundra), and $995 for Large SUVs (Sequoia and Land Cruiser). (Historically, vehicle manufacturers and distributors have charged a separate fee for processing, handling and delivering vehicles to dealerships. Toyota’s charge for these services is called the “Delivery, Processing and Handling Fee” and is based on the value of the processing, handling and delivery services Toyota provides as well as Toyota’s overall pricing structure. Toyota may make a profit on the Delivery, Processing and Handling Fee.) Excludes taxes, license, title, available or regionally required equipment, and $495.00 dealer documentary fee.