From the Toyota Yaris iA subcompact sedan to the full-size Toyota Avalon, you’re sure to find the right Toyota sedan for you at Findlay Toyota, located near Las Vegas, Boulder City, and Pahrump in Henderson, NV. Take a tour of each of these models, and then make it to our dealership for a test drive.

After Scion’s lineup went out of production with the 2016 model year, many models were relocated to the Toyota lineup. The 2017 Toyota Yaris iA takes the place of the Scion iA. With an MSRP from only $15,950*, the Yaris iA comes powered by a 1.5L four-cylinder engine that comes mated to a six-speed manual or six-speed automatic transmission and gets you great fuel economy at up to an EPA-estimated 40 mpg highway and 32 mpg city.

This subcompact sedan features seating for up to five and a trunk that measures 13.5 cubic feet. You’ll also have access to a number of different advanced tech, including standard features like Bluetooth, a 7-inch touchscreen interface with HD radio and Pandora Internet radio, dual USB ports, and even a low-speed pre-collision warning system. The Yaris iA is only offered in a single, well-equipped trim level, with the only upgrades being the transmission and a few dealer-added additions.

Currently celebrating its 50th year in production, the 2017 Toyota Corolla continues to deliver one of the most reliable and affordable driving experiences around. This compact sedan is currently the best-selling vehicle in the world. The newest version of the Corolla adds the Toyota Safety Sense P (TSS-P) package to the mix, which includes driver assist safety features like pre-collision warning, pedestrian detection, lane departure warning, and adaptive cruise control.

There’s also a stylish facelift to the front grille and an available 50th Anniversary Edition. Under the hood of the Corolla is a 1.8L four-cylinder engine that makes up to 140 hp and gets up to an EPA-estimated 42 mpg highway. Other highlights include the Entune touchscreen interface, the Entune Audio Plus with Connected Navigation App, available SofTex leatherette upholstery, and a power sunroof. This model is offered in seven different trim levels and has a starting MSRP from just $18,500*.

The 2017 Toyota Camry is a well-rounded midsize family sedan with an MSRP from $23,070*. It’s offered with two different engine options, including a 3.5L V6 that makes a confident 268 hp and 248 lb-ft of torque. The cabin of this sedan is quite spacious, with plenty of room for up to five passengers, a total interior volume of 118.1 cubic feet, and a trunk that gives you 15.4 cubic feet of space to work with. 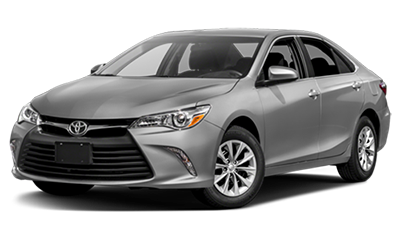 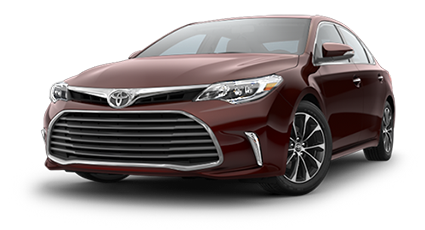 For those looking for optimal comfort, premium appointments, and cavernous dimensions from a high-performance full-size sedan, the 2017 Toyota Avalon gives you everything you want without an exorbitant price tag. With an MSRP from $32,650*, the Avalon features standard leather upholstery and heated front seats, as well as a 7-inch Entune touchscreen with Bluetooth phone and audio, satellite radio, HD radio, a USB port, and Siri Eyes Free voice-activated controls. As you move up the trim lineup, you can get a JBL audio system, heated rear seats, and ventilated front seats. Every version of the Avalon is powered by a 3.5L V6 that makes 268 hp and 248 lb-ft of torque.

Whether you’re looking for a fuel-efficient small car that will last you longer for less or you want an immaculately equipped full-sized sedan with sumptuous luxury features and robust performance, there’s something in the current lineup of new Toyota sedans that is sure to capture your attention. Findlay Toyota has everything you’re looking for, including competitive financing on all our models.

*Manufacturer’s Suggested Retail Price, excludes the Delivery, Processing and Handling Fee of $835 for Cars, $900 for Small/Light Trucks (Sienna, RAV4, Highlander Gas, Highlander HV, 4Runner, Tacoma and Venza), $1195 for Large Trucks (Tundra), and $995 for Large SUVs (Sequoia and Land Cruiser). (Historically, vehicle manufacturers and distributors have charged a separate fee for processing, handling and delivering vehicles to dealerships. Toyota’s charge for these services is called the “Delivery, Processing and Handling Fee” and is based on the value of the processing, handling and delivery services Toyota provides as well as Toyota’s overall pricing structure. Toyota may make a profit on the Delivery, Processing and Handling Fee.) Excludes taxes, license, title and available or regionally required equipment. Actual dealer price will vary. Actual dealer document fee may vary.