For a Top Hybrid, Make it the 2015 Toyota Avalon 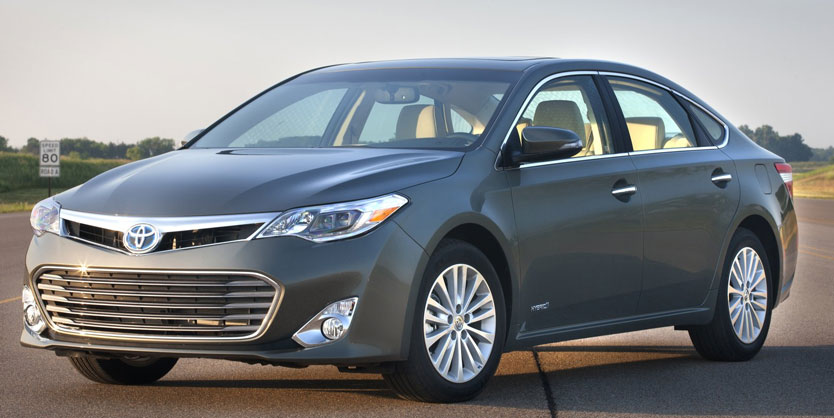 There are two types of vehicles: the gas guzzling and the gas sipping. Which one sounds more rewarding? Obviously, the gas sipper. But which vehicle(s) have this quality? Out of all of the hybrids on the market, the 2015 Toyota Avalon is one of the most fuel-efficient, full-size hybrids there is. But, this is only one of the many reasons why the Avalon is a top seller. Continue reading to learn more!

The Avalon Hybrid first debuted in 2013 and has continued to stand as a leader in the hybrid world, as well as a leader in the full-size sedan category. There-s just not much else out there that comes close to being as comfortable, spacious and fuel efficient! So, what makes it so stellar in terms of fuel? It has to be its hybrid powertrain. It features a 2.5-liter four-cylinder gasoline engine that-s paired to an electric motor that gets its juice from a trunk-mounted battery pack. This combo creates 200 horsepower and quite a peppy ride for a hybrid sedan. Also found in the Avalon Hybrid is a continuously variable transmission (CVT), which delivers power to the front wheels and helps save gas.

Inside the 2015 Avalon Hybrid is a cabin that may make you believe you-re actually in an upscale, luxury car. Seats are very comfortable with plenty of adjustability and they are also spacious, which is a must in a full-size car. Storage is generous, too, with several cubbies, a large center console, and plenty of drink holders. Located inside the front section of the center console is an ‘eBin-, which enables power cords to pass through a sliding panel for the connection of two cell phones and auxiliary and USB connections. This section can also be used as a wireless charging station.

If you enjoy technology - especially technology that works efficiently - you can-t get much better than Toyota-s Entune infotainment system. All 2016 models of the Avalon include this system, and upper models also get the addition of a larger screen and smartphone app integration. The Entune system has also been updated for the 2015 year, now featuring swipe capability, a customizable home screen, voice recognition training and also a cache radio that can rewind up to 20 minutes.

The Lineup: The Avalon-s 2016 lineup features three trim levels, each housing all of the essentials - plus more! The model that offers the most is definitely the top-line Limited. It includes all lower model content, like auto-dimming rearview mirror, full power accessories, driver memory settings, heated front seats, and keyless entry and ignition. But, it also comes equipped with plenty more, including: xenon headlights, auto-dimming side mirrors, automatic wipers, upgraded leather upholstery, ventilated seats and heated rear seats. There is additional perks, too, like tr-zone automatic climate control, a rear power sunshade, and ambient lighting. In terms of technology, you-ll get everything you might want, including an 11-speaker JBL premium sound system, CD player, satellite radio, navigation system, seven-inch touchscreen, and Toyota-s Safety Connect system.

For a full-size Hybrid sedan, opt for the 2015 Toyota Avalon. To learn more, visit us in Las Vegas and Henderson, Nevada.

For a Top Hybrid, Make it the 2015 Toyota Avalon - Findlay Toyota Henderson