Top Reasons To Make The 2016 Toyota Corolla Your Next Car 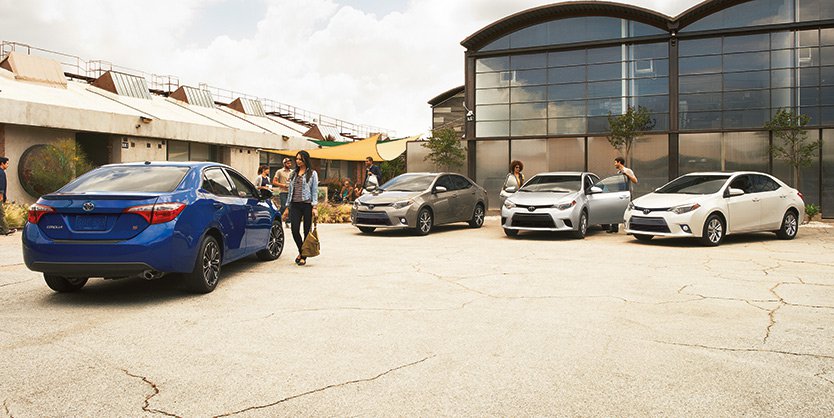 The Toyota Corolla has been a top-selling compact sedan for years, but it has still never been a true charmer, lacking in personality and anything that really stands out. But, things have been changing for the Corolla over the past few years and it is now proving to the world that it can be just as exciting as other consumer favorites. The 2016 Corolla shines with unique styling and appealing new features that make it a much sought-after sedan. Here are the top reasons the 2016 Corolla is a great car.

Fab Fuel Economy. The Corolla has always been a solid choice for good fuel economy. But, the 2016 Corolla has exceeded the hops of consumers. The Corolla's efficiency-oriented Eco trims are the ultimate choice if you want the highest fuel economy. Eco trim levels house a continuously variable automatic transmission (CVT) that returns upward of 40 miles per gallon. Also aiding in the Eco trims high fuel economy is its efficiency maximizing engine and transmission tuning, low-rolling-resistance tires, rear spoiler and enhanced aerodynamics.

Unique Interior. As previously mentioned, the Corolla hasn't always been the most thrilling in terms of performance or style. But, the latest interior of the 2016 Corolla is quite intriguing. It features a unique and sporty vibe with stylish flourishes, such as a three-spoke steering wheel and asymmetrical shifter. High-tech features add even more to the Corolla's interior with a lengthy list of user-friendly content, from a 6.1-inch touchscreen to an integrated navigation system and more.

Huge Backseat. The latest Corolla features a wheelbase that is roughly four inches longer than previous models. What does this mean for consumers? A huge backseat with legroom for days! The Corolla may sit in the compact sedan segment, but it somehow manages to provide the space of a midsize. This is a very welcoming trait for tall passengers, and it also makes comfortably seating a full load of people and their cargo easy.

Excellent Resale Value. When it's time to sell your car, getting a good resale value can typically be hard. But, with a Toyota, it isn't quite as difficult. Due to the fact that Toyota's are a well-known brand in reliability and solid construction, they offer a much higher resale value than other vehicles. As long as you take good care of your Corolla (keep it clean, provide it with regular maintenance services, and so on) then you can expect a worthwhile resale value in return.

A Fun Drive. The Corolla isn't the sportiest car on Earth, but the newest model is definitely the most fun to drive of all its predecessors. Steering is precise and responsive and most anyone will find it to be an exciting ride.

For the most sports appeal behind the wheel, as well as some nice styling elements, the Corolla's sport-themed S and S Plus trims are the ultimate choice. The S trim features:

The S Plus is even more intriguing if you want even firmer suspension tuning for increased driver enthusiasm.

Want to learn more about the many reasons the 2016 Toyota Corolla is a great choice? Visit our dealership in Las Vegas, Nevada and take it for a spin.